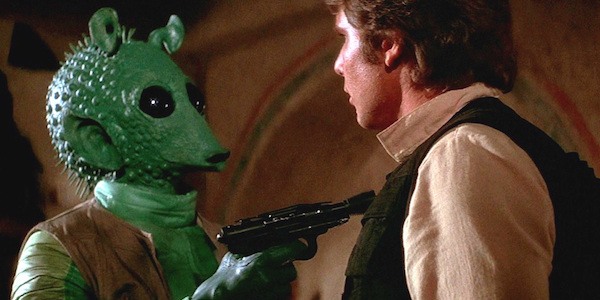 Let’s just imagine The Last Jedi never happened and go back to more simpler times, say 1977 A New Hope . . . ah that’s better. Did Han-Solo shoot first?  Did Greedo shoot first? Does it even matter? The debate about whether or not Han-Solo shot first is to refer to George Lucas' changes to the original Star Wars movie trilogy; more specifically a change to the A New Hope Special Edition, in … END_OF_DOCUMENT_TOKEN_TO_BE_REPLACED