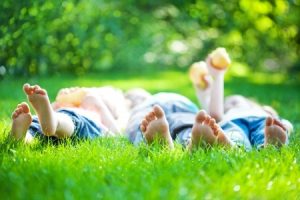 I went to school with a girl who changed her surname at least twice during the course of her time at primary school.  What started out as a single name, Smith*, became Smith-Jones* when her mother remarried.  Later, as I vaguely recall, the Smith bit disappeared and she added her mother’s maiden name Christianson*.  Many years later as an adult I bumped into her at a bar and learned that she was using another surname entirely.  As so happened, she had recently discovered that her paternal father was neither Smith nor Jones, but some guy by the name of Williams and so she had elected to adopt that name.  Confused?  Me too.

You see names are integral to our identity and sense of self.  Together with our first name they form part of our personal story, connecting us with other family members and allowing us to trace our personal lineage. Of course, as the scenario above illustrates, there are times when parents (or individuals themselves) seek to change the name which is registered on the birth certificate.  By far the most common situation when this occurs is when a relationship fails, following which the birth father is absent and the mother re-marries.   With an absent birth father, and the step-father assuming the parenting role, possibly along with the birth of additional children to this new union; the mother of the child approaches a solicitor with the desire to unify her family beneath the same surname.  Of course we see variations of this scenario, and it is not always the mother seeking the name change, but you get the idea.

So is such a change possible legally, and if so, how does one go about this?  Before I get to this, there are many instances where a child’s surname has been changed informally and without the consent (or knowledge) of the other parent.  Welden & Coluccio Lawyers recommends any individual considering this as a course of action proceed with extreme caution. The informal changing of a child’s surname to one different to that cited on the birth certificate could result in litigation between both parties.  Since litigation is best avoided at all costs it is recommended that the parent seeking the change make contact with an experienced family lawyer who can assist with the process.  Initially this process involves registering the change of name with the Births, Deaths and Marriages office.  In order for this to be approved both parents must agree to the change.  In the event that this is not given the remaining option is for the parent desiring the change to commence Court proceedings in which case the dispute can be resolve by a Judge.  It is interesting to note that in the recent case of Reynolds & Sherman (2015) FAM CAFC 128; the changing of a child’s surname was rightly recognised as a substantial issue and a matter of “real importance”.  It follows then that any move to change a child’s surname is undertaken with caution and time for consideration of all the issues must be allocated for by the Court before any decision regarding such a change can be made.

*Names have been changed.