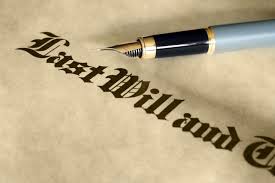 A question I get asked in almost every client meeting is whether there is any central registry for storing or locating Wills?  The answer is no…well, sort of.

Prior to the recent introduction of the Law Society of South Australia’s Will Register (a little more on that in a minute) there was no central registry to store or record the fact that someone has completed a Will in South Australia.

Previously (as is still the case actually) if you could not locate a Will you could not undertake a blanket search in the hopes that one will show up.  Furthermore, unless you knew the law firm or solicitor who originally prepared the Will (which may have been many, many years ago), the chances of finding it were slim to none.

Although it sounds unusual, the reasons behind this are sound.

You see, a Will can be written on anything (at anytime) as long as it meets the minimum requirements under the Wills Act (and even then you might be able to get a Court order that the document is still a Will even if it doesn’t comply).  In other words, you might write a Will on a scrap bit of paper, the proverbial back of the cornflakes packet, or, as some do, write multiple wills on an almost yearly basis via different lawyers.

The fact that you can create a legal will at any time means that any document that has been stored or recorded on a registry does not make that document the final and last will.

Various places do in fact have a Wills Registry. Canada for example, have a fairly advanced system for recording and even storing copies of Will documents; a registry that can be updated and searched.  Taking their lead, the Succession Law Committee of the Law Society of South Australia, of which I am a member, have recently introduced the first South Australian Wills register.

The Wills Register allows legal practitioners, who are members of the Law Society, to record certain information about Wills that they have drafted and completed.

The registry is not available to the public.

Welden & Coluccio Lawyers are committed to developing, promoting and utilising new techniques and technology in our specialised field of law.  The South Australian Wills Register is a step in the right direction that may one day lead to a permanent and State-wide, publicly available Wills register which may eliminate (or at least reduce) the problem of the ‘lost Will’.