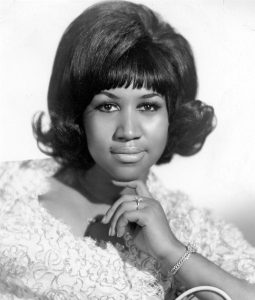 Aretha Franklin, the Queen of Soul, has died.

She leaves behind an unchallenged musical legacy and a story that will inspire for decades to come.

The one thing she didn’t leave, however, was a legal will.

It’s hard to believe that someone who sold millions of records and performed for Presidents could die without a will, but here we are.

Not having a will is a bit like keeping your money in a mattress. It’s not illegal, but you’d be crazy to risk it.

Because there’s one thing about estate planning many people don’t understand. Depending on your circumstances, a legal will might not be enough. A will is just one element in your estate plan. Most people need a thorough strategy that encompasses all their business dealings and assets to ensure their wishes are met while tax and other duties are minimised.

So how might the lack of a legal will affect the estate of Aretha Franklin?

According to reports, in Ms Franklin’s home state of Michigan, the law states that anyone who dies intestate (without a will), their estate is divided up between surviving children equally.

On the surface, that seems pretty simple – logical even. But the real question isn’t how to make sure everyone gets a slice of the pie, that’s the easy part. The question is WHAT makes up Aretha Franklin’s estate?

So let’s explore a few hypotheticals that could affect the estate of Aretha Franklin over the coming years.

Evidence suggests Ms Franklin was savvy with money, and notoriously guarded of her personal finances. Even from her earliest days performing, she was famous for taking steps to ensure she wasn’t ripped off by shady promoters, refusing to perform until the night’s takings were safely in a purse she kept at the side of the stage within reach of her piano.

So it’s a fair assumption that Ms Franklin utilised common wealth building strategies, like establishing companies or trusts to minimise her tax liabilities and safeguard her personal wealth in the bad times.

Depending on how these companies or trusts were established, her children might not actually assume control in the event of her death. They might not even be beneficiaries.

If Ms Franklin had complex management structures in place, the kind often employed by the rich and famous, those companies may not be considered part of her estate at all.

In Australia, items held in trust can’t be dealt with via will, either, so without proper deeds in place designed to establish a chain of succession, the company could essentially splinter off from the family and continue to run of its own accord, depending who is left to administer it.

Aretha Franklin’s stock-in-trade was her voice and her likeness. You might be surprised to learn, depending on the contracts she signed during her career, that she may not even own or control those assets. Copyright to her music, original works, recordings and even merchandising rights could be held by a company.

Further adding to the complication, if Ms Franklin did hold that copyright (which she likely did, being financially savvy), it doesn’t automatically pass to her children without a will or deed assigning that copyright to another person. In other words, in the event of her death, with no will or deed in place, that copyright could revert back to her record company or trust established to protect her assets.

Given her music will continue to sell and be licensed for decades, that’s a lot of money we’re talking about.

Sadly, our debts don’t go away when we die. And while there’s no evidence to suggest Ms Franklin left a string of unpaid bills, the law generally follows that when we die, our debts must still be paid. Expect a few debts to come out of the woodwork now that she’s gone, even if they’re somewhat spurious. This question is further compounded as to whether those debts are personal or belong to any of the companies she may have established.

Debts can quickly swallow the wrong parts of an estate if you don’t have a will in place and decisions are left to the public trustee (or the American equivalent in Ms Franklin’s case).

This is a common problem for deceased estates where no consideration has been made regarding taxation implications of a large asset being liquidated to divide among beneficiaries. Transfer of properties can attract serious stamp duty hits too, as can the vesting of trusts to liquidate the assets they hold. A proper estate plan will address these issues before the time comes to distribute the estate.

One of the benefits of having a will is that it clearly sets out who should benefit from your estate after you die. While it’s impossible to prevent all claims to the estate (i.e. a child who feels they weren’t adequately provided for) a will is a solid grounding for who is entitled to something based on your wishes.

In the case of Ms Franklin, with no will in place there’s little to stop a friend or former band mate coming forward with a letter or note claiming to show they were promised a rare piano, money or the rights to use a song. In the absence of a will to the contrary, a court would have to consider such a claim based on its merits.

More importantly, with no will in place, it is her direct beneficiaries who now need to sort out her affairs among themselves, and all manner of problems can arise. Some children might want a quick pay-off and advocate for the sale of major assets, others may want to see large portions donated to charity. Without a plan in place, the whole affair can quickly descend into a very costly legal battle, and that would be a shame, given all Aretha achieved.

Of course the saddest part of this story is that we’ve lost someone who is possibly the greatest of all time, an inspiration to the entire world.