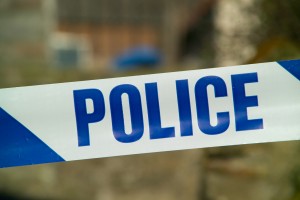 Maddalena Romano has more than a decade experience working in all aspects of Criminal Law within South Australia.  She writes frankly about your rights as a citizen should you be approached or questioned by a police officer in SA.

We have all been taught to respect Police officers as they are people of authority but we have been seeing increasing incidents where police have used excessive force when dealing with people.

It can be extremely intimidating to deal with police, particularly if you have been questioned or detained on suspicion of a crime.

Approached or Questioned By Police: By law, you are not under any obligation to stop and answer questions posed by a Police Officer, except to provide your name, date of birth and address.

Further, unless you are suspected of a crime, and the police feel they have enough evidence to charge you for it, then the Police do not have general power to arrest you purely for questioning.

What is police misconduct?  Police misconduct encompasses illegal or unethical actions or the violation of individuals’ rights by police officers in the conduct of their duties. Examples of police misconduct include police brutality, dishonesty, fraud, coercion, and abuse of authority. Any of these actions can increase the likelihood of a wrongful conviction.

Like prosecutors, police officers job and role is to make our society safe. Sometimes their behaviour leads them to cross the line and use the power of their badges to make a case that otherwise would not be there to be prosecuted.
Other officers are often reluctant to report police misconduct because of the loyalty they feel for their fellow officers. The increase use of cell phone cameras have allowed citizens to record and report police misconduct, which can only be a good thing. Like many situations, it is the few that ruin it for the many.

If you are questioned by police, make sure that you provide your details as required, but always refrain from answering any questions until you have had the benefit of obtaining legal advice.