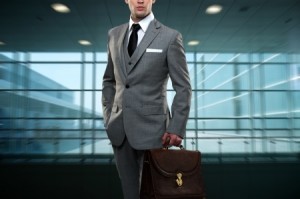 As lawyers we are used to copping a lot of stick for our reputation as greedy, money-scrambling scumbags.  It is a stereotype that, while annoying me no end, is the driving factor behind the way I approach my profession.

You see, as a lawyer, I firmly believe that I make a difference.

Before I go any further I wish to clarify the difference between jobs which clearly are vocations and those which have the capacity to be.  In the first group we have those occupations that naturally lend themselves to being called vocations.  I speak of teachers, nurses, paramedics, counsellors, social workers and doctors; who by virtue of their passion and sacrifice (and sometimes low pay) unselfishly deliver a service to others. Then there are those people who go about their job or profession with a specific philosophy that lends itself to embracing vocational type qualities (despite not normally being considered in this way).  Of course, in stating this, we can probably all identify individuals who work in the so-called ‘caring’ professions that do so without an ounce of compassion.

As a lawyer, I am driven by my desire to serve.  It follows then, that compassion is at the very heart of everything I do.

Now before you remind me that it is lawyers; the very scourge of society, who represents criminals, make the rich even richer and who are often the only beneficiary in the misery of others;  let me remind you that without lawyers there would be no legal process and without that anarchy would follow.  As Joseph Ratzinger (Pope Benedict XVI) wrote in his book Spirit of the Liturgy, “When every man [sic] lives without law, every man [sic] lives without freedom.”

Lawyers can, and often do, make a difference.  I’m not necessarily talking about those big firm lawyers who do a tonne of pro bono work.  Frequently this kind of ‘community service’ is a thinly disguised advertising campaign.  Smaller law firms such as ours could never do this (and hope to remain in business).  The difference I am speaking of happens on a day to day basis and is rarely recognised by anyone other than the recipient.  Perhaps a real life example will best explain how this works.

Recently, I had the honour of taking instructions from my oldest-ever clients. The couple, of East-European backgrounds, were both in their late nineties and were still living in their own home.  Despite being relatively independent, their ability to communicate in English was limited and we had arranged for a translator to assist in the process.

When meeting with elderly clients I frequently offer to do this in their own home.  Such an arrangement alleviates a lot of the stress associated with the client finding and travelling to the office.  It also preserves the dignity of the client, particularly if there are issues related to mobility (or even continence).  Ultimately, it is an arrangement which is more relaxed for the client and places them in a greater position of control.  In the above scenario, the couple in question elected for a home visit.

However, when meeting with elderly clients, I have discovered the most important tool is simply time and patience.  As you might imagine, considering the language limitations of the couple, this need was in even greater demand in the above situation.  Indeed it is often said that, “time is money,” and “patience is premium.”  While this is sometimes the case there are many situations where as professionals we need to abandon such logic as we are called to simply ‘be of service’ to someone who is clearly vulnerable and in need.  In such matters my time and my patience, offered abundantly, is the very least that I can give.  It would be easy for me to avoid taking on such matters and it would be even easier for me to slug clients such as this with massive fees.  While I hate to admit it, plenty of my colleagues would.  For me, I simply choose to serve.  It is the same reason that I donate my services for free twice a year to write Wills for the Salvation Army.  It costs me nothing but time, yet makes a huge difference to the programs that the Salvos can provide for vulnerable youth in the community.

I may be a lawyer but I am a human first.  My humanity calls me to be of service.  I can only do this using what I have at my disposable.  If that happens to be as a lawyer, so be it.

Lawyers are money-scrambling scumbags?  Like most stereotypes there exists some truth but also a lot of unfounded generalisations.  While this may be the case for a few in the profession the vast majority of us have so far managed to avoid selling our soul to the devil and just want to help.