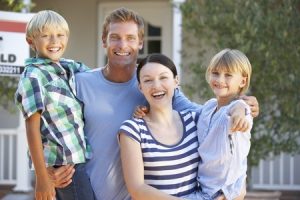 The government is attacking your financial safety net.

There’s no point sugar coating it, and now is the time for all Australians to start taking notice of what’s at stake through planned shake-ups of the superannuation sector.

At the heart of the issue is compulsory life insurance. For many Australians (especially young, casual workers) the life insurance attached to their super is their best asset in the event they should die young or be injured at work.

About 12 million Australians hold insurance – for life, disability and income protection – through their super fund, with about 80 per cent of policies provided automatically.

The Morrison Government is pushing for an “opt-in” insurance system, whereby young people could save a few dollars a week on insurance premiums and see that money funneled into their super balance.

For a barista or apprentice living at home and earning a small wage, talk of an extra $100k at retirement for a measly $300 a year in savings could be too good to resist.

After all, houses aren’t affordable for young people, and there’s no stable employment anymore. Why wouldn’t you do everything in your power to grow your nest egg? Who wants to work until they’re 70?

Opt-in super insurance is a disaster in the making and could be interpreted as part of a broader push to limit the exposure of the insurance industry on super funds.

When compulsory super was introduced, people still had jobs for life. Now the workforce is unstable, young people are bouncing from job to job, and their super increasingly spread across multiple accounts.

If you were watching any of Australia’s 6pm TV news bulletins this week, you would have seen the stories there’s $17.5 billion in “lost” superannuation just waiting to be claimed.

It’s a hard message to ignore. “It’s your money” and “hurry before it gets eaten by fees”, followed by shots of blue-collar workers beaming because they’d “found” thousands in unclaimed savings, consolidating them into one fund to grow their nest egg.

Here’s the problem; that money is not “lost”, it’s linked to your tax file number, and by consolidating multiple super accounts holding just a few thousand dollars each, you could be throwing away the insurance linked to those accounts.

If you have kids or a mortgage and you die young, these insurance benefits could be the difference between your family keeping afloat or losing everything after you die.

What’s better for your family to receive after you die? $50,000 in consolidated superannuation, or some savings, plus the benefit of multiple insurance policies?

How many young Australians are in this boat? Tradies, hospitality workers … enough for $17 billion set aside in small accounts, think about that.

Statistically, we reach our peak earning capacity in middle age. This is when our super grows the most. Dropping a few thousand dollars by consolidating accounts in your 20s and 30s might not achieve much. The death benefits are well-worth maintaining smaller funds and sacrificing the balances to account keeping fees.

Salary sacrifice could be a much more effective way of building your nest egg than effectively cancelling your insurance policies (which is what consolidating lost super amounts to, for many of us).

Before you rush to consolidate your super, make sure you check with your estate planner and tax advisor on the implications for you and your family.

And before you opt out of insurance on your super, think about whether you’re really “saving” anything at all.