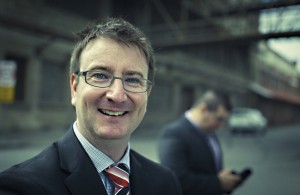 DIY Will Kits have been around for a while now and are readily available for the fraction of the price of having a Will prepared by a lawyer. In fact, you can probably pop down to your local post office right now and pick one up for less than the cost of an average pub meal.  I must agree that the promises put forward by these kits makes them seem rather alluring to the average lay person.  I mean, who doesn’t like to save a few dollars?  I know I do.

However, before you race off to buy one, you owe it to yourself to do some research to determine if the promises made by these kits really stack up and if a Will Kit is really capable of meeting your every need.

First things first…..a document must only comply with the conditions set out in the Wills Act to be considered a legal Will, such things like it must be in writing and executed by the testator and in the presence of two or more witnesses present at the same time with the witnesses also signing.

So yes, something written on the back of the proverbial “corn flakes packet” might be a valid Will.

The issues with Will Kits arise after the person who wrote it has died and their family or loved ones are attempting to administer their estate.  It is usually necessary for an executor named in a Will to apply for Probate (a formal process of proving the Will through the Supreme Court of South Australia).  It is at this time problems might arise which can often lead to delays in administering or finalising an estate and also lead to additional expenses in trying to rectify or resolve the issues that arise.

Some of the issues associated with Will Kits that I have seen over the years are:

the executor nominated has since died and there is no substituted executor named;

Each of the scenarios described above (and indeed there are no doubt many more of these) has the potential to create serious delays and significant expense when it comes to finalising the estate.  It is impossible for someone without legal training to independently prepare a Will that takes into consideration the wide range of situations that might eventuate.

Using a Will Kit as a tool for estate planning can be likened to using google to diagnose your own medical complaints.  It might work out alright in the end but if you get it wrong the results can be oh so very, very bad.

A solicitor (ideally one experienced in all facets of Estate Planning) will take you through the myriad of possibilities (both now and into the future) to ensure your Will is as robust as possible and can stand the test of time.  All of your questions can be answered and an approach to writing your Will may be raised which had not previously been thought of.  There may also be other strategies available to you to avoid unwanted consequences or avoid a potential inheritance claim.

Have you considered how your superannuation or life insurance will compliment your overall estate plan, do you know who may have a claim on your estate and how best to deal with that, what tax consequences might arise in administering your estate which can be negated?  Well, an experienced estate solicitor can deal with all of these issues and many more.

While the DIY Will Kit is a cost effective approach to Estate Planning it is one fraught with risk.  In fact, while you may save a few dollars now by writing your own Will you stand to leave your family with legal expenses (potentially totalling many thousands of dollars) after you die, in an effort to fix it up.  In fact, as alluded to in the title of this article, the only person who really has anything to gain from DIY Will kits is the lawyers, who will reap large fees to fix up the legal messes that they create.

Is it really worth it?