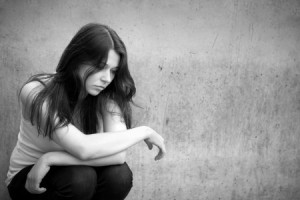 The Supreme Court (Probate Fees) Variation Regulations 2016 came into operation today, 4 February 2016, with effect from 28 February 2016. These fees have significantly increased the government fee payable by those admitting Wills to Probate.

The fees are so exorbitant there can be no other way to classify it other than the reintroduction of a death tax.

Probate: When someone dies with a Will it is common for the executor named in that Will to apply for a grant of Probate. Probate is the formal proving of the Will, the authority of the Supreme Court to the executor to carry out various duties on behalf of the estate.

If there is no Will then it is most commonly a close relative or family member who may apply for administration to obtain the same legal authority as an executor.

If the deceased held land in their name or bank accounts of, usually, more than $25,000, Probate will be required to effect the proper administration of the estate.

Filing Fee: It is common and well understood that whenever you lodge a document (undertake a transaction or formally deal in some way with the government), a fee will be involved. While usually small in nature, they are annoying, but perhaps arguably necessary for the proper functioning of government.

On occasions, a fee, like stamp duty, can be quite high. On the transfer (purchase) of property valued at $500,000 stamp duty of $21,330 is payable, together with another government fee (registration of the transfer at the Lands Titles Office) of $3,751.50.

When an application for Probate is lodged at the Supreme Court a filing fee is payable. Fair enough, you might say, however, in recent years the fee has increased significantly.

New Fees for South Australia:  There is now a new sliding scale application fee approach to be used from 28 February 2015 in South Australia, those fees are as follows;

Some additional comments:  The value used to work out the filing fee is the gross value, meaning it matters not what debts or liabilities the deceased had. For instance, if the deceased owned a property valued at $500,000 but there is an existing mortgage to the bank of $400,000 the filing fee for Probate will be $2,000.
You can imagine how easy it is nowadays for a deceased estate, with a simple residential home in suburban Adelaide, to be valued at greater than $500,000. What that means in reality is, that where once a filing fee of would have been $1,114 it is now $2,000.
There is an argument that the sliding scale will benefit those small estates, where a grant of Probate is required with assets comprising no more than $30,000 or $50,000. However, it should be highlighted, that in my experience, they are not common.
By sheer mathematics, the gains will far outweigh the slight loss at the lower end.

The kicker:  Here is the real rub.
The fees payable, despite being paid to a Registry of the Supreme Court, are funnelled into the State Government’s general coffers. That is, it can be used to fund any project or cost of the government, including Politicians wages and entitlements.

Conclusion:  Once upon a time there was a tax after death – aptly named death duties. It was a revenue raiser for the government based upon the value of the assets of the deceased. There have been no death duties for many years.
The increase in filing fee, in such a dramatic and obvious way, cannot be classed as anything other than a tax on assets held by a deceased person. Although payable, funded, by the value of the assets themselves, what it actually means is less directed towards the beneficiaries of the deceased.
As a lawyer I am appalled at the blatant increase in such a manner. This is, in a nutshell, a Death Tax, and one beyond the control of both Lawyers and the Supreme Court.