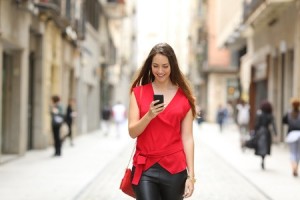 I’m pretty certain that my kids are on the fast track to becoming nomophobes. I’ll admit that I’m probably one too and, if my wife is correct, about 98% of the students she works with in her role as a secondary teacher, are self-proclaimed nomophobes (even though they may not use the actual word).

What on earth am I talking about, and what is this namophobia?

Nomophobia, put simply is an addiction to mobile phones, or perhaps more accurately, the fear of being separated from one’s mobile phone, or, (heaven forbid) being out of mobile range.

Indeed for many people it is difficult to imagine a time when we were not linked into the virtual world constantly. Certainly, at least for younger generations, mobile phones are a fundamental part of living, no longer a want but a necessity for existence. It follows then, that with an increased reliance on such devices, serious issues related to use of this technology have emerged.

No doubt you have heard discussion related to the dangers of texting whilst driving. In fact, texting whilst driving is now understood to be as dangerous as driving whilst intoxicated or under the influences of drugs. In recent times the Road Traffic Act 1961 – Section 300, was amended to allow police to issue expiation notices to drivers caught texting or using their mobile phones whilst driving. Currently the fine for such an offence is set at $315 (with a loss of 3 demerit points).

More recently discussion has turned towards the Road Traffic Act 1961 – Section 87 which currently states that “A person must not walk without due care or attention or without reasonable consideration for other persons using the road.” Currently this permits police to fine pedestrians $105 for using their mobile phone whilst crossing roads. Last financial year it resulted in 27 pedestrians being fined for doing just this. However, with numbers of phone users only increasing, the Australian Pedestrian Council wishes to nearly double this fine to $200 as a means to highlight the risks associated with this.

Put your phone down!