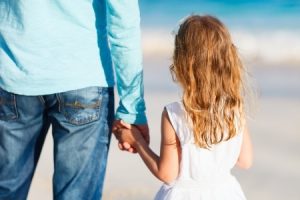 I’m miserable and have been for a long time now.  My wife and I have, for the past 12 months, lived more like housemates than spouses only speaking when necessary (mostly with regards to the three children we share).  The marriage is over.  I know that I should move on but the thought of hardly ever seeing our children is the only thing stopping me.  The current legal system is one which mostly favours the mother in terms of care arrangements; right?

When relationships dissolve to the point where spouses are hardly talking to one another this becomes a situation that is toxic for all involved, not least of all the children, who are not immune to the fact that their parents aren’t sleeping in the same bed or spending any time together.

I act for either party, but both express concerns about either ending or leaving the marriage because of the fear that their relationship with the children will be affected on account of how much they will get to see them.

The Family Law Act (1975) was never designed to promote the role of either parent but there is a perception that the mother will given/assumed to be the role of primary parent responsible for the children over and above that of the father.  In fact, the objective of the Act very clearly stated that ‘the primary consideration is what’s in the best interests of the children’.

The first step in determining what the children’s future care arrangements should be is for both parties to attend a Family Dispute Resolution Conference or more commonly known as mediation.  It is always best to try and resolve matters between the parents keeping in mind how the best interests of the children will be met.  It allows for both parents to have input and gives consideration to what each parent thinks is important to the children and to them as well.

It matters can be agreed between the parents at mediation, they often seek that agreement to be drafted into Consent Orders.

However if an agreement cannot be reached, proceedings are usually issued and left to the Court to decide what is in the best interests of the Children.

The Court will work to consider all factors when considering the future care arrangement to ensure that this occurs.  It also follows that in most cases (eliminating situations of neglect and abuse) it is ‘in the best interests of the child’ to have a meaningful relationship with both parents.

Of course the Court will take into consideration other factors before making an order.  These factors might include; the child’s views (what they want), any family history of abuse or violence, the age of the child (it may be impractical for a breast-fed infant to spend extended periods overnight with the male parent), ensuring that the child has access to their extended family (especially grandparents or siblings), or other issues specific to the child (health issues, psychological needs, maturity).

In the past, more than thirty years ago, it was commonplace for the Family Court to award primary “custody” of children to the mother, with fathers having “access” only on alternate weekends.  Such arrangements proved not to be in the best interests of most children and have since been abandoned under the current amendments to the Family Law Act.

Similarly, if we were to delve further back into history we discover that mothers had virtually no rights whatsoever to children following divorce.  Clearly both extremes are harmful for the people the Law is ultimately striving to protect; children.

The terms “custody and access” have been replace with “live with” and “spend time with” which avoids the ideals that the mother owns the children and allows the father token time with them.  It is now the case that where it is appropriate, there will be a consideration of shared care arrangements, or significant and substantial time with the non-live with parent.  The notion of “significant and substantial time” promotes more time than simply alternate weekends.  It seeks to involve the parent in the weekly routine of school runs, or school pick-ups.

In spite of this Fathers may remain somewhat disadvantaged when it comes to orders in Family Law in other ways.  In spite of the feminist movement, in the majority of families it is still the male who is the primary breadwinner, with females more likely to undertake part-time work coupled with parenting and domestic duties.  Traditional arrangements like this, especially when fathers work long hours that may include interstate travel, can work against men in this situation.  In the event of this I recommend that my clients consider carefully how they might tweak their current lifestyle and working arrangements to create a situation that ensures that quality parent-child living arrangements are available so as to meet the unique needs of the children involved.