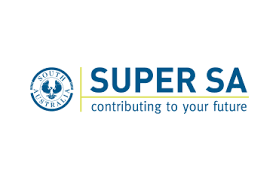 Significant changes to the regulations governing the administration of Super SA were made late last month.  As is often the case, tens of thousands of South Australians associated with the fund, remain oblivious to these changes, let alone equipped to understand what this means for themselves and their families.  Read on for the inside scoop on what these changes mean and what you need to do about it.

Most estate specialists in South Australia will be well aware of the ongoing (and deeply problematic) issues surrounding the Super SA (Southern State Superannuation) regulations specifically pertaining to death benefits.

Firstly, a quick recap on the situation for those who are unfamiliar with it. Triple S, otherwise known as Super SA, is a superannuation fund broadly accessed by the vast majority of employees working in the government sector in this state.  It is a fund accessed by tens of thousands of public servants including teachers, office workers, nurses and other allied health professionals.   Since the inception of the fund, and unlike all other public superannuation funds in SA, the scheme is an exempt public sector superannuation scheme which is not regulated by ASIC or APRA.  What this essentially means is that funds regulations for Super SA are unique, in that there exists no discretion to pay a member’s fund balance and associated death benefit upon death occurring.  This arrangement is severely restrictive insofar as estate planners are concerned.

Why?  Unlike most other superannuation funds, which permit their members to personally nominate beneficiaries upon their death, Super SA has never allowed this.  Instead, following the death of a member the funds are automatically distributed to the spouse (in the event there exists one) or, to the estate (if one does not exist).  Such an arrangement is fraught with the potential for immense emotional and financial trauma particularly in the following scenarios:

1) Where the policy holder has more than one lawful spouse, such as two or more domestic partners, or in the more common scenario, where a separation has taken place following breakdown of marriage, but no lawful divorce has taken place;

3) Where a policyholder seeks to make a benefit by the use of a testamentary trust to ensure that any minor children’s inheritance is protected from the potential remarriage of the surviving spouse;

4) Where a blended family exists and the deceased natural children may miss out altogether as the superannuation will directly benefit the second spouse.

This no longer is the case.

On the 16 June 2016, and unbeknownst to anyone who actually needed to know, legislation was gazetted which changed the regulations to now allow members to select their estate to receive the fund balance and associated insurance policies upon death.  This can possibly negate the above scenarios from occurring.

All public sector employees need to be aware of this change so that may seek competent estate planning advice as to whether a nomination should be made and take that opportunity to reflect upon their current estate planning documents including a Will.

A quick read of the new regulations could lead to misunderstanding, as the definitions that apply make for curious reading.  Welden & Coluccio Lawyers, the estate specialists, have the knowledge and experience to support you through these changes.  Feel free to speak with Greg or Jason for a confidential chat about your circumstances.