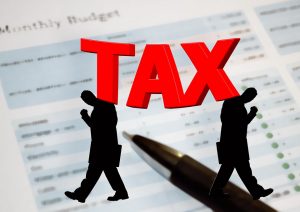 If your favourite Australian celebrity was a little grumpy when asked them for a selfie at the shops today, there could be a very good reason.

The Australian Government has announced a crackdown on the personal tax havens celebrities use to build wealth, and many of our favourite faces will be hit hard come June 30.

Top of hit list? Professional athletes, entertainers and movie stars – the people most likely to benefit from the commercial use of their “image”.

Here’s how it works for many celebrities at the moment.

Using a perfectly legal framework, an athlete or celebrity establishes a family company and licenses their “likeness” for use by that company. So, rather than getting a personal cheque for a few million when they sign on to play footy for five years, or score a big movie role, all payments go to their family company. They then draw a small income from that company which attracts a much smaller tax bill.

This company structure has, until now, allowed celebrities to pay the lower company tax rate instead of the top individual marginal tax rate.

That flashy house, car and boat? It’s all owned by the family company too, and limits the celebrity’s personal liability should the work dry up or a deal go sour and creditors come knocking.

Of course, there’s a very good argument that everyone should pay their fair share of tax, and people on lower incomes don’t have the means to establish companies that exploit tax minimisation like celebrities do.

But when it comes to sports stars, these trust structures have actually provided some insurance against the fickle and short-lived nature of a career as a professional athlete – a career which takes tremendous sacrifice to attain and can end in an instant through injury or illness.

The same goes for TV and movie stars. The work can dry up in an instant, and money set aside in a family company may have to last several years between jobs.

It’s an interesting turn of events for many Australians who’ve been using a perfectly legal mechanism to build their wealth.

In one simple change to the rules, the Australian Tax Office is now treating family company income (for those who make money from their image) as personal income, a move that will see potentially hundreds of millions of extra dollars flow into the public coffers.

It just goes to show that managing your wealth and personal legal circumstances is never a “set-and-forget” proposition.

My advice? Get a good accountant, a good financial advisor, and a good lawyer – someone who deals specifically with commercial and estate planning laws, like we do at Welden & Coluccio.

You’re going to need that good advice to get ahead.